WHO IS THE FATHER OF FASHION?

It’s Charles Frederick Worth…..A fashion designer of note, born on the 13th of October 1825, who founded a leading fashion house in the 19th century called “The House of Worth” in 1958.

He began sewing dresses to match the shawls. Initially, these were simple designs, but his skillful tailoring stood out for his clients to notice.

Worth transformed the connection between a client and the couturier. Earlier there were seamstresses who would visit the client’s residence for a one-on-one discussion on the client’s design requirements; but with Worth, clients mostlyvisited his store for a consultation, which also became a get-together place for the who’s-who of the society.He was the first to use live models to show his collection to the clients.

Worth’s garments were well-known for their extravagant textiles and accessories and for including features from historical clothing. Amongst his many significantrevolutions in women’s fashion were to the lineup of dresses and their lengths.

He transformed a very popular trend…….the crinoline. By the way, a crinoline is a structured petticoat designed to hold out a woman’s skirt. Originally, crinoline was a stiff fabric made of horsehair (“crin”) and cotton or linen which was used to make underskirts and as a dress lining.

Now because crinoline was ever more huge and bulky in size, it made it hard for women to walk through doors, sit, takecare of their children and even hold hands. Charles Frederick Worth designed a new practical silhouette and thus transformed the crinoline into a narrower piece moving the largest part to the back, hence freeing up the front and sides. His new crinoline was a huge success. 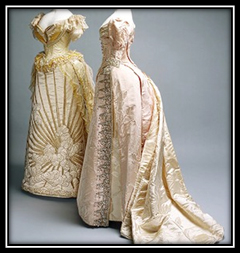 In due course, Worth gave up the crinoline in all, and created a straight gown shape without a defined waistline that we now know as the princess line……”Princess line” describes a woman’s fitted dress or other garment cut in long panels without a horizontal joint or divisionat the waist. Instead of relying on darts to shape the garment, the fit is achieved with long seams and shaped pattern pieces. 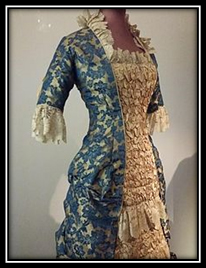 Worth also fashioned a shorter hemline; interestingly this was done at a suggestion of Empress Eugénie who loved long walks and hated long skirts. Thus calling it “A Walking Skirt”. This was primarily seen as very drastic, even scandalous, since it was at ankle length, but it’s practical benefits wereembraced over time. 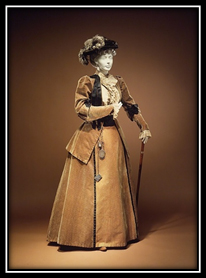 How to accomplish your career in fashion designing courses?

Build Your Career at a Fashion Designing Institute in Delhi